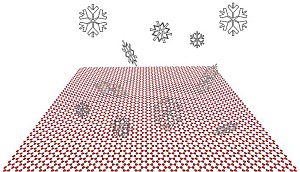 Graphene, a single-atom-thick sheet of graphite, is attracting interest for basic science as well as technological applications such as high-speed transistors. Because graphene is only one atom thick, it’s properties are strrongly dependent on the environment around it. Maryland MRSEC researchers recently showed that depositing ice on graphene (changing the dielectric environment) changes its electrical conductivity. Ice has two effects: it reduces the scattering of electrons in graphene from charged impurities near the graphene, thereby reducing graphene’s resistivity. However, because the interactions between electrons themselves are also reduced, they are less able to reorganize to “screen” impurities. For neutral impurities, this is the dominant effect, and leads to an increase in resistivity. 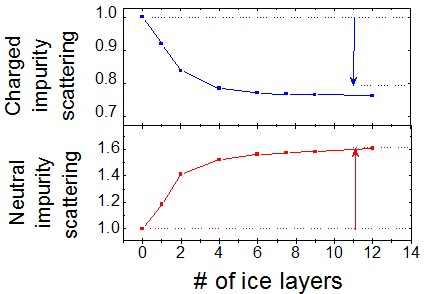