Center for Dynamics and Control of Materials 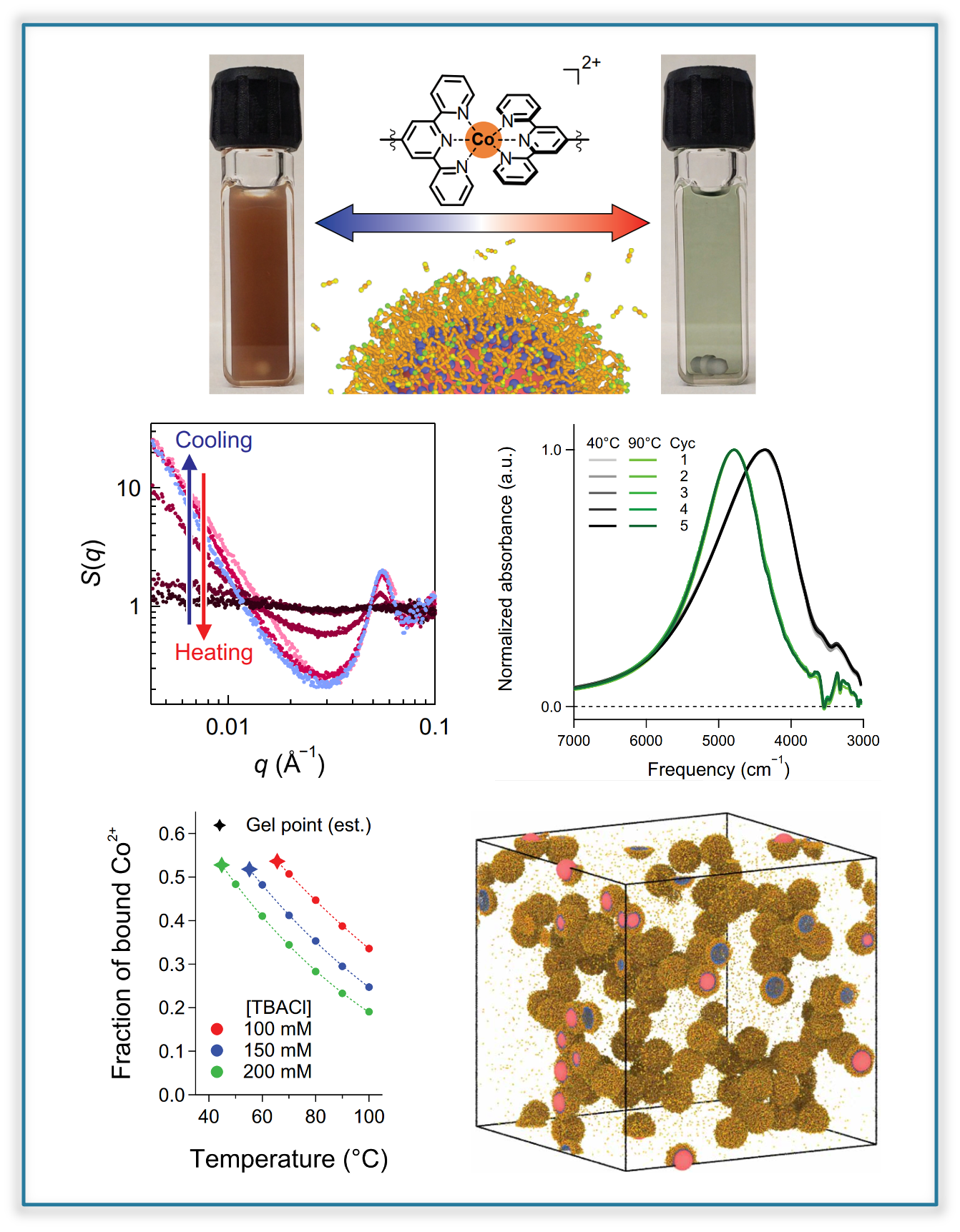 This highlight demonstrates the gelation assembly of colloidal nanocrystals using uniquely developed ligands that can form a metal coordination linkage. Metal ions that are paired with ligand functional groups were used to control the assembly of nanocrystals from a stable dispersion to full spanning gel networks. The metal coordination linkage was reversed using temperature as an external trigger and enabled thermally switchable nanocrystal gel networks. Additionally, based on thermodynamic principles, the gelation temperature was tuned by changing the concentration of the counter anion. in situ small angle x-ray scattering was used to monitor the themoreversible gel assembly. Over repeated cycles, the optical properties of nanocrystals changed substantially when they were assembled into gels and returned to their original state when the assembly was reversed. The distinct optical signature from the metal coordination linkage allowed to quantify bonding spectroscopically and establish structural and thermodynamic bases for assembly. Molecular dynamics simulations were used to understand temperature-dependent bonding motifs and phase behavior of nanocrystals, providing microscopic insights of our programmable nanocrystal networks.