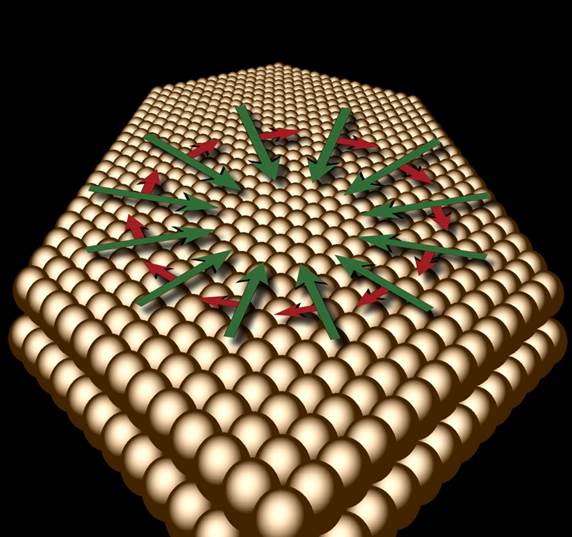 Physicists have been abuzz over a new state of matter — a ‘topological insulator.’ These materials are insulators in their interior, but their surfaces conduct electricity in an unusual way: the direction of an electron’s spin is always perpendicular to the direction of the electron’s motion as sketched at right. But is this esoteric property useful for anything?


Researchers at Cornell University working with colleagues from Penn State, Israel, and Saudi Arabia have discovered the first important application of topological insulators. When a thin magnet is placed on a topological insulator, current flowing within the topological insulator can be used to apply a torque to the magnet, allowing its magnetization direction to be reoriented. The strength of this effect (torque per unit current) is at least a factor of 10 greater than any other mechanism for electrically controlling magnets at room temperature. This result is exciting in that it provides a new strategy for the development of magnetic memory and logic that is much more energy-efficient and compact than existing technologies.