Pioneering experiments reported [upper left] the ability of
ferroelectric domain orientation to switch surface chemistry on and off,
finding unambiguous evidence that the polarity of a ferroelectric
surface can have a strong impact on the energetics of physisorption.

These experimental observations are now corroborated by first
principles/Monte Carlo calculations. The landscape of Pd adsorption
& diffusion on the LiNbO3 surface was computed [color
figure]; on the positive polar surface, rapid clustering into a single
cluster is seen [lower left], while on the negative polar surface, Pd
atoms remain widely dispersed [lower right]. 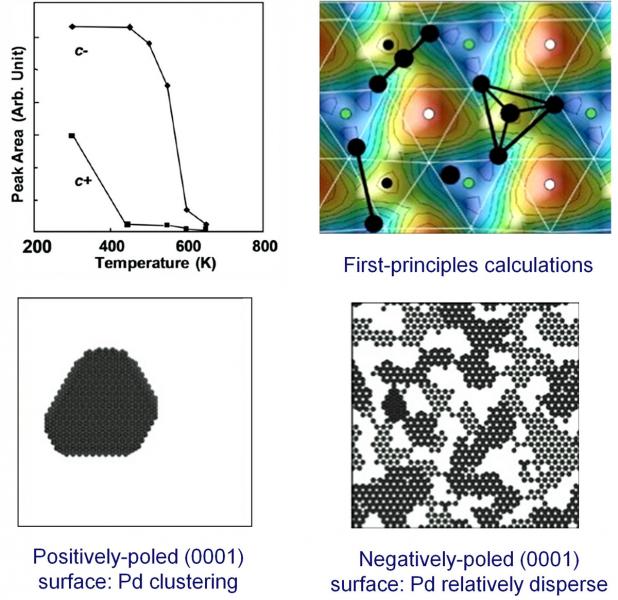