Self-Assembled Nanoscale Dielectric (SAND) thin films are emerging as leading contenders in applications for organic and hybrid thin film transistors, allowing for low operating voltages and ideal device characteristics in next-generation flexible electronics.Â’  Dielectric properties are highly dependent on the behavior of the counter-anions within the film, specifically their position and motion under applied electric fields.Â’  Through utilization of advanced x-ray techniques, including long-period X-ray Standing Wave and X-ray Reflectivity, it is possible to locate and monitor the counter-anion layer within the film.Â’  Under applied fields, the behavior of this counter-anion layer will reveal information that will help to optimize device properties. 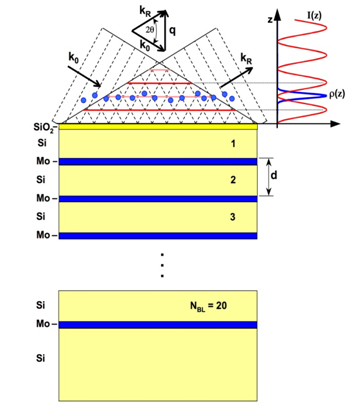