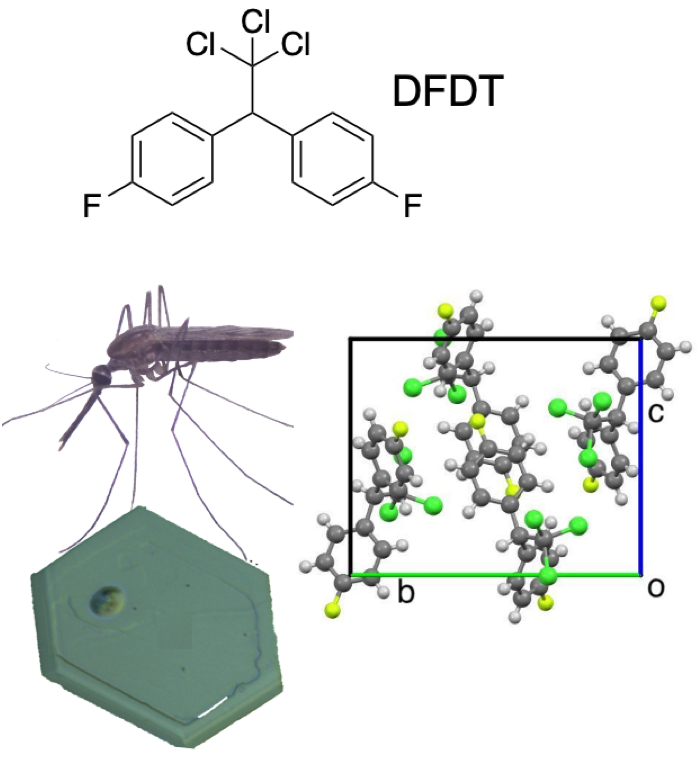 Malaria control is under threat by the development of vector resistance to pyrethroids, prompting calls for a return to the notorious crystalline contact insecticide DDT. A faster acting difluoro congener, DFDT, was developed in Germany during WWII, but in 1945, but then vanished from history.

MRSEC investigators rediscovered DFDT and found that amorphous and crystalline forms of DFDT and a mono-fluorinated chiral congener, MFDT were more active against Anopheles and Aedes mosquitoes, the former the disease vector for malaria and the latter for Zika, yellow fever, dengue, and chikungunya. Contact insecticides are transmitted to the insect when its feet contact the solid surface of the insecticide, resulting in absorption of the active agent. The speed of action depended inversely on the thermodynamic stability of the solid form, establishing an unambiguous link between thermodynamic stability of the solid forms and efficacy, demonstrating that manipulation of the solid-state chemistry of contact insecticides is a viable strategy for mitigating insect-borne diseases while reducing environmental impact.