The Perpetual Fragility of Creeping Hillslopes 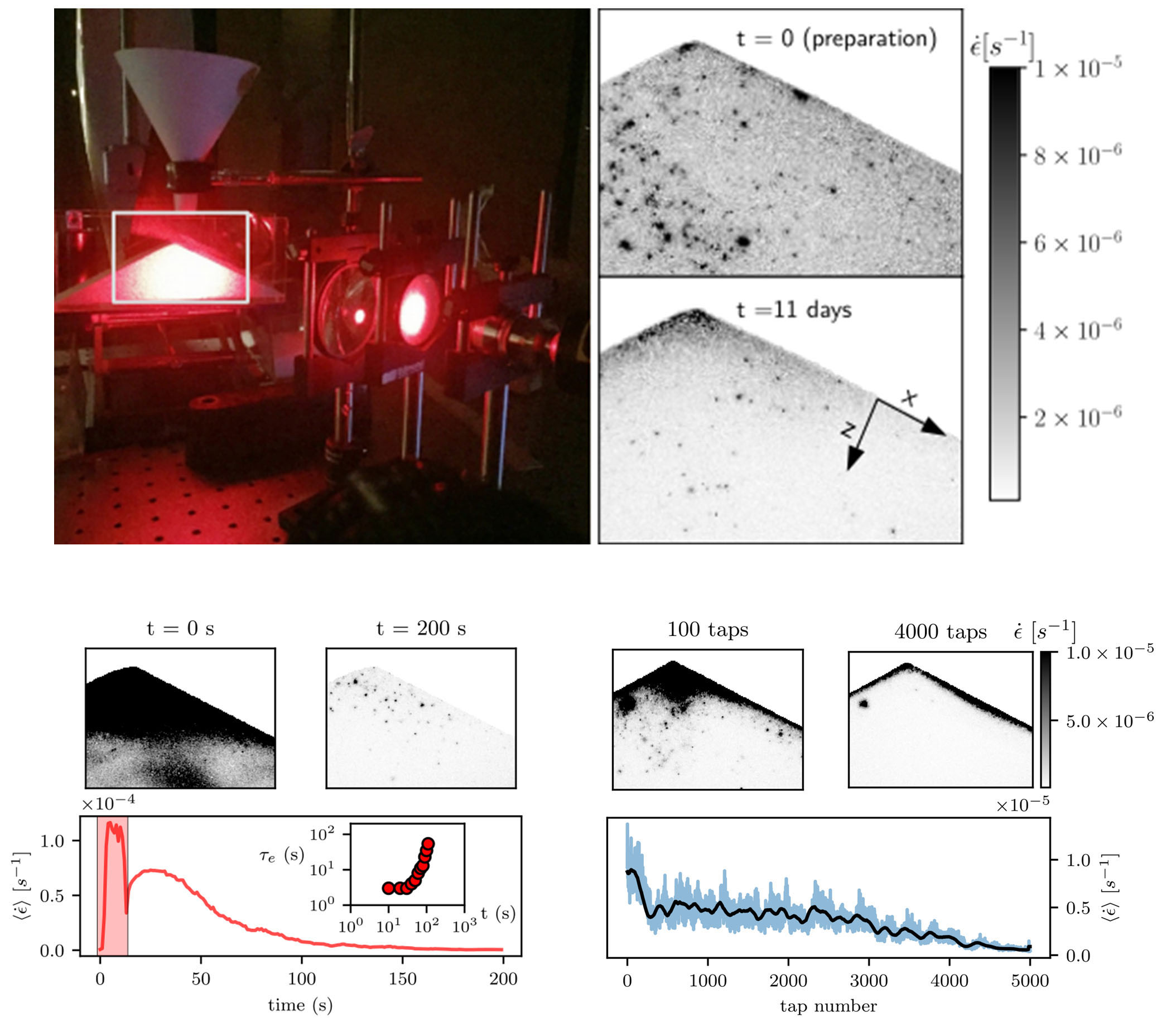 Soil is a highly disordered granular material. Slow soil deformation (creep) controls the shape of hills in the natural landscape, and is a precursor of catastrophic landsliding. Our work demonstrates a surprising observation: an apparently static sandpile, sitting on a table, is actually alive with motion. We study a 3D granular heap, confined by walls and prepared by pouring. Via Diffusive Wave Spectroscopy (DWS), we observe the existence of spatially-heterogeneous micro-deformations that decay in size and frequency as time progresses but persist up to 11 days after the preparation of the system; the heap relaxes. We find that this relaxation can be enhanced  (overaged) or reversed (rejuvenated) by tuning the types of disturbances applied to system:

Figure: (Top) Experimental setup (left) and map of creep strains within the sandpile measured via Diffusive Wave Spectroscopy (DWS) (right). At the moment of preparation and up to 11 days after pouring (right), spatially-heterogeneous creeping motions appear within the pile. (Bottom) Heat perturbations reset the creep rate and the timescale of relaxation (left) while tapping reduces the creep rate, and confines deformation to the free surface (right)

We often notice movement of granular materials when it is too late – when a silo collapses or landslide initiates and decimates a hillslope. Catastrophic failure is thought of as a sudden loss of rigidity at some threshold, but beneath this threshold, there is no dynamics of importance. While granular materials are apparently solid below the yield threshold, they are actually creeping; the system slowly deforms. We observe, for the first time, that even a sandpile isolated from disturbance creeps indefinitely. More, the history of creep changes the rigidity of the sandpile, and so do different imposed disturbances. This work sheds insight on how one may tune the rigidity of granular materials in the creep regime, to suppress failure or enhance flow. It also suggests there may be precursors to failure in the dynamics of creeping grains, which can be used as a tool to locate and predict catastrophic failure. 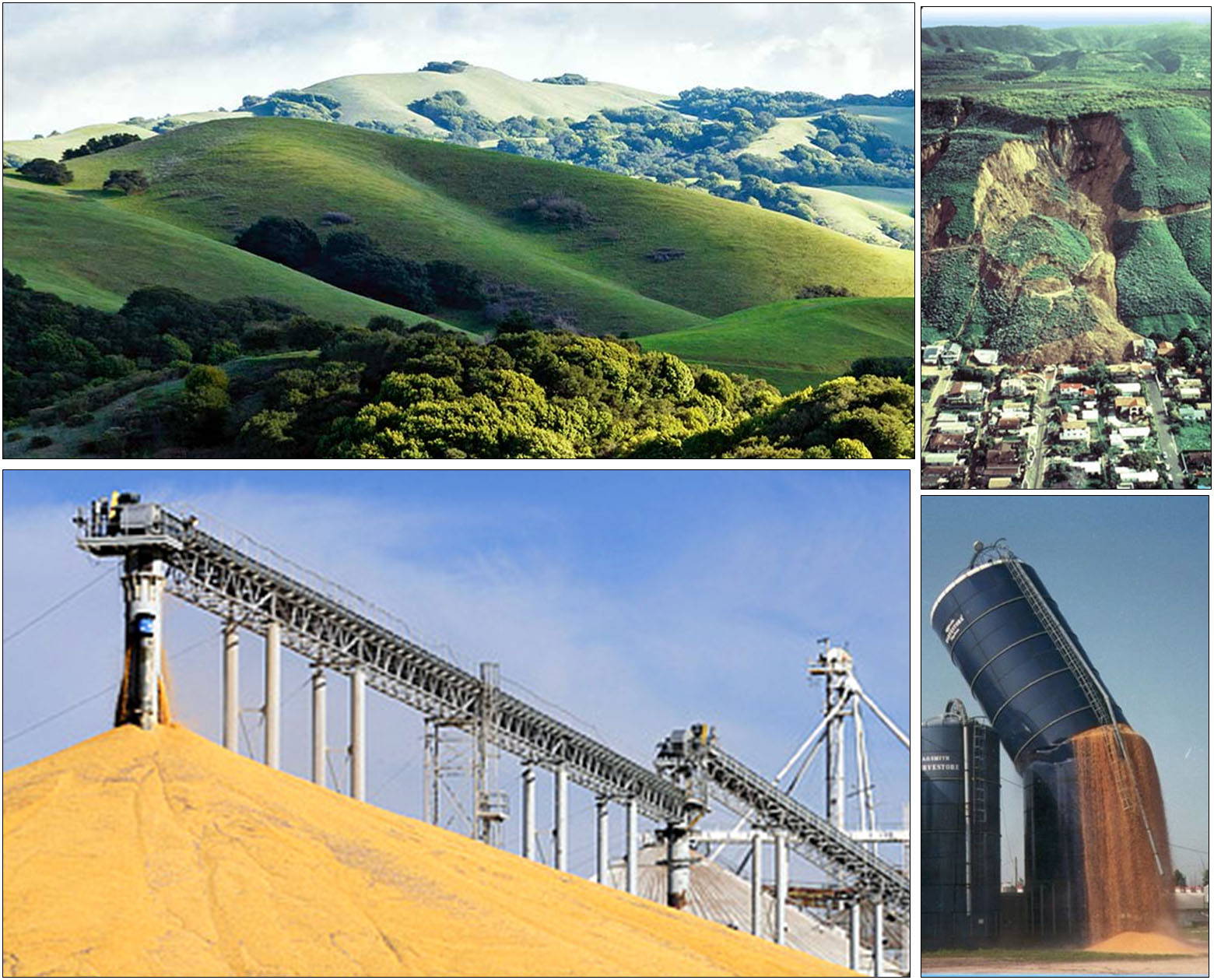 (Above) Granular materials in the natural environment and in industry are assumed to be fully jammed beneath their global yield criterion. This transition is marked by catastrophic landsliding, or the failure of infrastructure. Our work contributes to a larger effort to understand the transition from creeping to yield, with the intent to predict and mediate such failures before they occur.