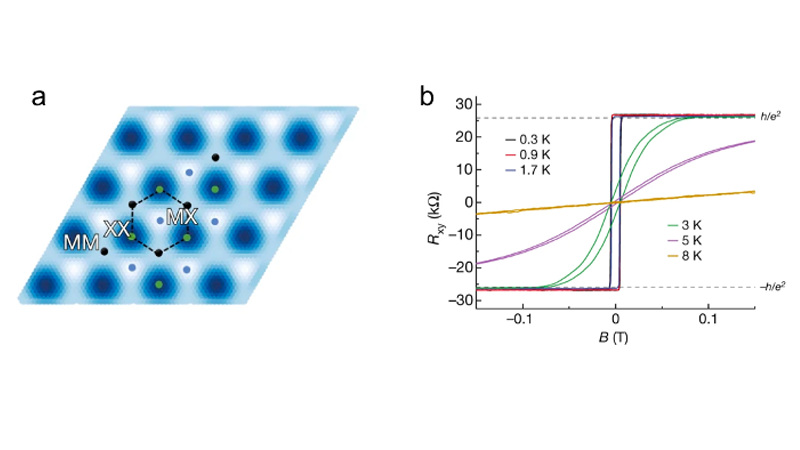 Analogous to a superconductor, the quantum anomalous Hall effect can transport electrons in a sample without dissipating any energy. The effect has been proposed as an important element for quantum circuitry, quantum computing and a standard for fundamental constants of physics. Unfortunately, it often emerges only at temperatures near absolute zero (~ 0.1 K). Substantially increasing the temperature scale of the effect will enable much more robust quantum technology. By putting two different atomic layers of semiconductors on top of each other at a specific stacking angle, Cornell researchers observed the quantum anomalous Hall effect at 30 times higher temperature than in prior work. The effect is induced by carefully intertwining the electron states in the structure by electrical gating. The work forms the basis for engineering the quantum anomalous Hall effect to work in the 10-100 K temperature range.