The Princeton MRSEC has leveraged the low disorder and long coherence of states in a pristine silicon crystal to experimentally realize the Tavis-Cummings model, a fundamental model in quantum optics. The team had previously shown that the quantum state of the magnetic moment (spin) of electrons bound to impurities in silicon can be stored for several seconds. A large ensemble of these spins was strongly and uniformly coupled to a single mode of a low-loss microwave resonator, allowing the spins to couple to one another through the resonator mode. The spins were aligned using laser excitation, and their state could be set and probed with resonant microwave pulses. The rate at which the spins evolve is predicted to be a strong function of their initial state, as seen in the experimental data. (Figure 1)

In addition to the intrinsic interest in an experimental realization of a many-body system of magnetic moments (spins) coupled through photons, a strongly coupled ensemble may find applications as a quantum memory.  Hybrid quantum computing is an emerging field which leverages the advantages of multiple physical variants of quantum bits (qubits) in a single  architecture. Superconducting qubits are excellent for processing operations, but have relatively short coherence times. This creates the need for memory qubits where quantum states can be stored. The spins of electrons bound to donors in silicon make excellent memories, where states can be stored for several seconds. IRG-3 researchers have shown how an ensemble of these spins can be strongly coupled to a mode of a microwave resonator. The data show that this system is an excellent candidate for realizing a quantum memory and providing a testbed for further development of ensemble memories. (Figure 2) 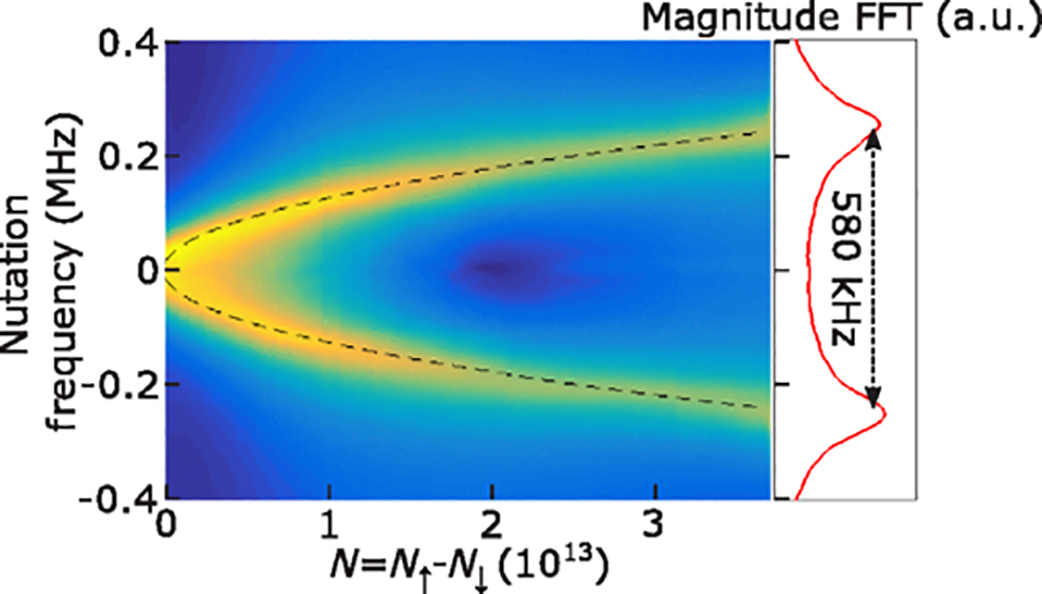