Terminator 2 is widely remembered for its metal shape-shifting villain. Impervious to bullets, explosives, and fire, the T-1000 robot was capable of changing shape at will. Researchers at the North Carolina State University have taken a step towards making science fiction a

Diffusionless martensitic transformations are a class of solid–solid phase transitions in which the crystal unit cell changes shape and internal structure, while keeping its stoichiometry constant. Because these transformations do not require long-range diffusion, they are fast and repeatable, and thus have been exploited in a number of engineeringapplications.

The Nobel Prize in Physics 2014 was shared by UCSB Professor Shuji Nakamura "for the invention of efficient blue light-emitting diodes which has enabled bright and energy-saving white light sources".

Postdoctoral research associate Li Yao (Hillmyer) has been exploring the self-assembly of oligomeric block copolymer coatings for use in lithographic and nanopatterning applications that push the current resolution limits.

This work represents the first unambiguous confirmation that very large charge densities can be achieved on the surface of organic crystals by using electrolyte gates. 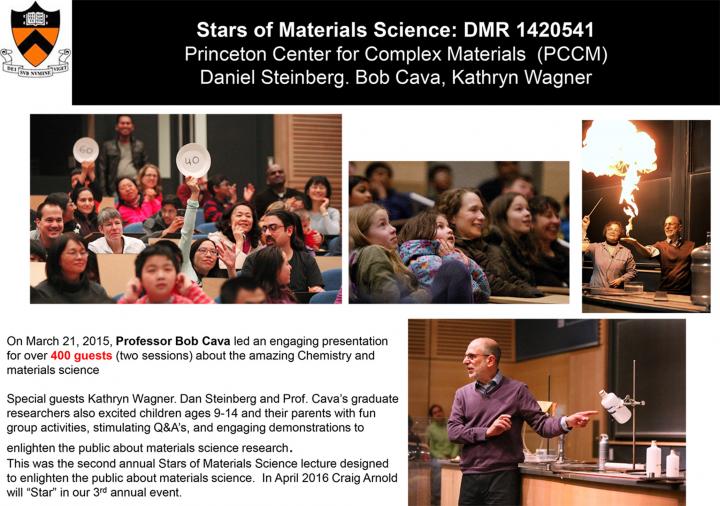 On March 21, 2015, Professor Bob Cava led an engaging prsentation for over 400 guests (two sessions) about the amazing properties of chemistry and materials science.